Tanzanite is the violet blue to blue violet variety of the mineral zoisite. It is mined commercially only in one area of the world: the Merelani Hills of Tanzania, which is where it gets its name.

Tanzanite's appearance is influenced greatly by its pleochroism, which is the ability of a gemstone to show different colors when viewed in different crystal directions.  Top-quality tanzanite can be violetish blue or a unique, predominately violet hue all its own. Some stones might also appear more purplish depending on how the cutter chooses to orient the fashioned gem.

Just like other colored gemstones, vivid strongly-colored tanzanites are highly sought after. Lighter toned pastel hues are more plentiful and affordable than vivid colors and have a subtle appeal of their own. 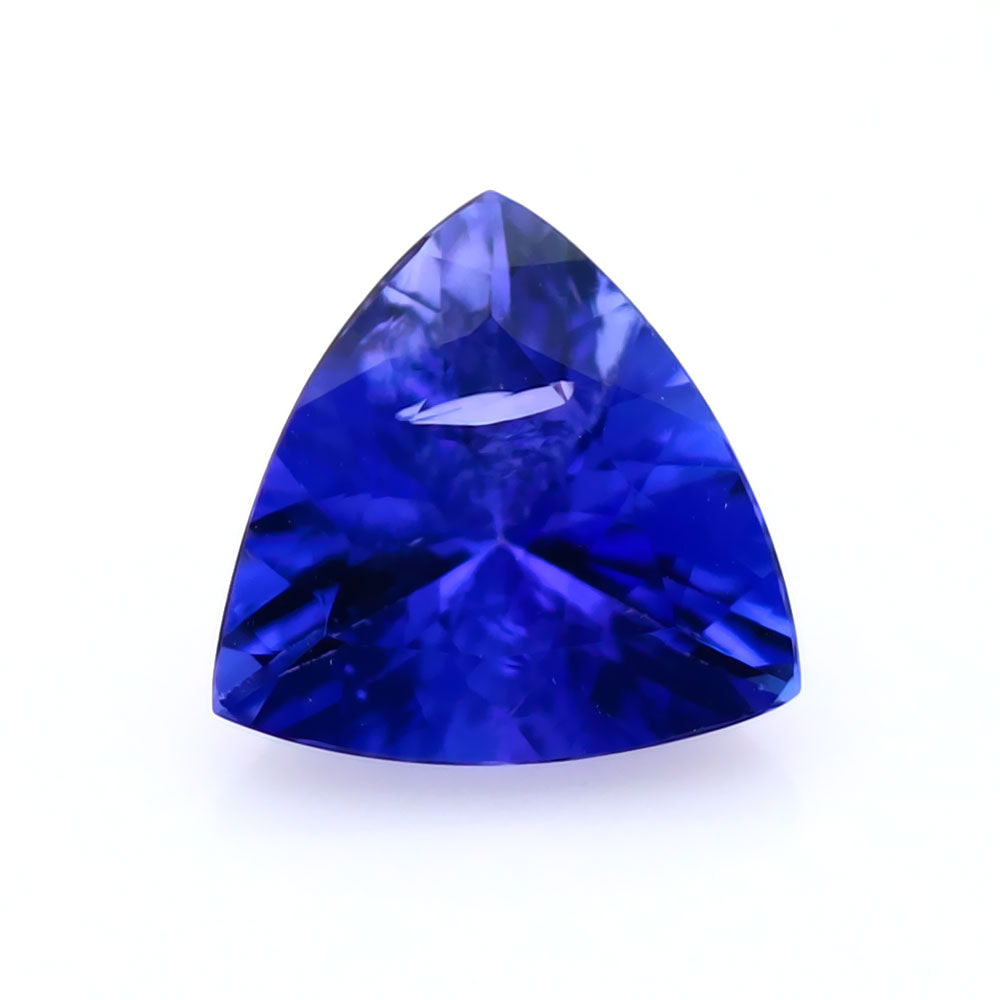 Tanzanite is relatively new to the colored gemstone world.  Most commonly known, in 1967 a Masai tribesman stumbled upon a cluster of highly transparent, intense violet-to-blue crystals weathering out of the earth in Merelani, an area of northern Tanzania. He alerted a local fortune hunter named Manuel d'Souza, who quickly registered four mining claims.  D’Souza hoped that he’d been shown a new sapphire deposit. Instead, the deposit contained one of the newest of the world’s gems.

Shortly after, more claims appeared in the same 20-square-mile area. No one knew what the new found crystals were at the time, but everyone wanted to lay claim to the profits they were certain to produce. The new gem would eventually be known as tanzanite.

Tiffany & Company recognized its potential as an international seller and made a deal to become its main distributor. Tiffany named the gem after the country it came from, and promoted it with a big publicity campaign in 1968. Almost overnight, tanzanite was popular with leading jewelry designers and other gem professionals, as well as with customers who had an eye for beautiful and unusual gems.

The instant popularity of this transparent blue-to-violet gem was tied to its vivid color, high clarity, and potential for large cut stones.

Tanzanite is a birthstone for December, along with zircon, turquoise, and blue topaz. Tanzanite is also the gem for a 24th anniversary.

Tanzanite is a moderately durable gemstone as it is hard but susceptible to splitting. You will most often see tanzanite set in earrings or necklaces to protect the stone from hard blows, but it can still be seen mounted in rings.
​
This stone can be cleaned with a soft brush in warm soapy water or wiped clean with a soft cloth. When stored it should be wrapped to avoid scratching softer stones and to avoid being scratched by harder gemstones. As always, avoid harsh chemicals when wearing any kind of jewelry.