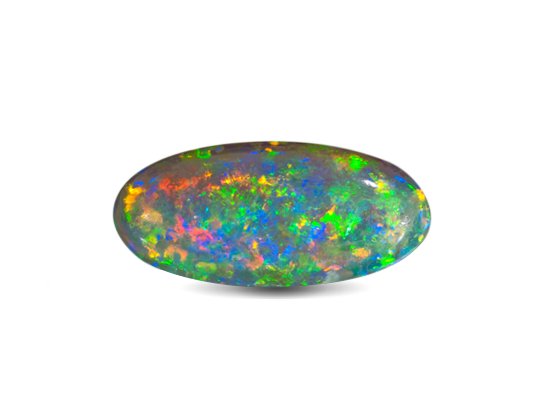 Opal is a non-crystalline form of the mineral silica. Opal is related to the more common crystalline cousins such as quartz and agate. Opal differs as it is formed from amorphous lumps of silica rather than that from naturally faceted crystals.  It forms as the result of seasonal rains that drenched dry ground in regions such as Australia’s semi-desert “outback.” The rain water soaked deep into ancient underground rock, carrying dissolved silica (a compound of silicon and oxygen) downward.  The silica deposits then formed opal.

Opal is known for its unique display of flashing rainbow colors called play-of-color.  There are two broad classes of opal: precious and common. Precious opal displays play-of-color, common opal does not.

There are 5 main types of opals:

Opal's name evolved from the Greek “opallios”, meaning change of color. The oldest opal mines in the world were located in what is now the Czech Republic. The Czech mines have been documented as being active since the 14th century, but it is probable that these mines were the source for opal in ancient Rome. Czech opal mines were worked until 1932.
Mexican fire opal was known to the Aztecs, and introduced by the Conquistadors to Europe in the 16th Century.

Opal has been credited with supernatural origins and powers by many cultures. Arabic legends say it falls from the heavens in flashes of lightning. The ancient Greeks believed opals gave their owners the gift of prophecy and guarded them from disease. Europeans have long considered the gem a symbol of hope, purity, and truth.

Opal is the birthstone for October.  Some people think it’s unlucky for anyone born in another month to wear an opal. But that particular superstition comes from a novel written in the 1800s (Anne of Geierstein by Sir Walter Scott), and not from any ancient belief or experience. In fact, throughout most of history, opal has been regarded as the luckiest and most magical of all gems because it can show all colors. 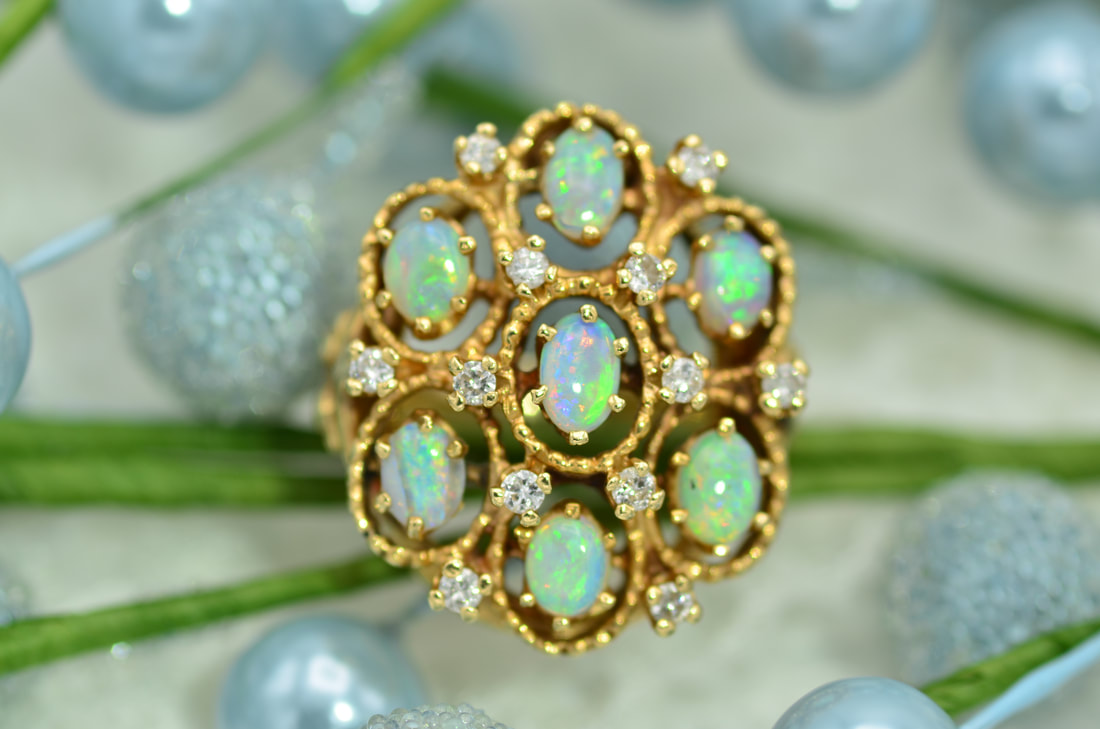 Opals are made up of approximately 20% water, therefore they prefer to stay out of the heat or direct sunlight.  Over exposure to bright sunlight can dry out the opal and make it crack.  When cleaning opals, be sure to use a soft cloth to clean the stones and always store it separate from other harder stones.  Harsh chemicals should certainly be avoided when wearing opals.