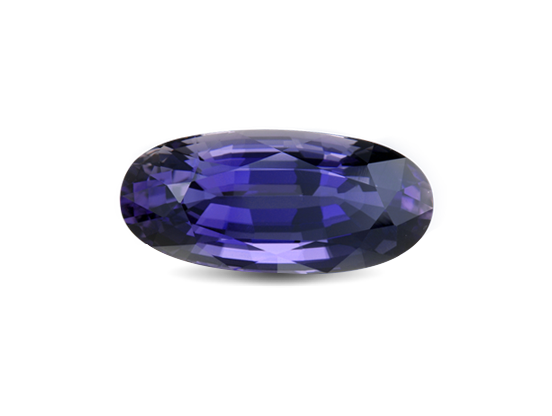 The gemstone iolite is the transparent form of the metamorphic mineral Cordierite. This gem can look alternately dark blue-violet to violet, lighter blue, and colorless to light yellow when looked at from different directions.  Because of this phenomenon, it makes the gem tricky to cut for best color.  When cut precisely, iolite can be used as an affordable blue sapphire alternative.
Iolites are usually cut as faceted gems, but they are also frequently cut into cabochons.  The size range for a polished iolite is anywhere from 1 to 10 carats. Fine iolites over 5 carats are rare to find.

Iolite falls at 7 to 7.5 on the Mohs hardness scale, but given that it has distinct cleavage in one direction, its toughness is only fair. This makes iolite vulnerable to breakage when set in a ring or other setting exposed to rough daily wear.

Unlike tanzanite, iolite is rarely treated. Fine iolite comes by its beautiful blues and violets naturally. Its freedom from enhancement other than normal cutting and polishing is a selling point when customers consider that most blue gems, from inexpensive blue topaz to fine sapphire, receive routine treatment of one type or another.
​ 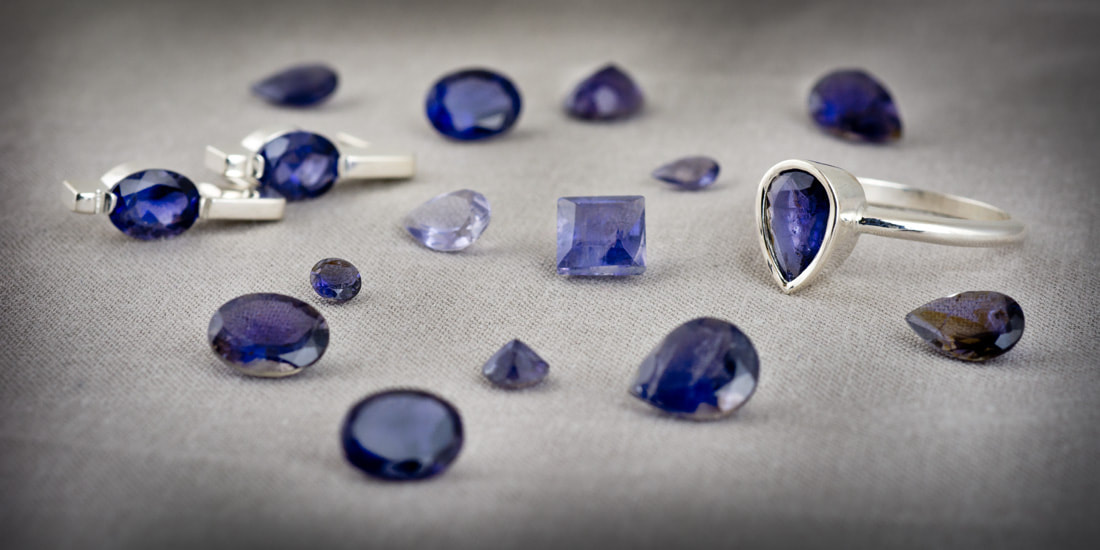 The name iolite is derived from the Greek word 'ios' to mean violet.  Historically, iolite is the stone most popularly believed to have been used as a navigational tool by the Vikings. By looking through thin slices of iolite, they could navigate on cloudy days by figuring the direction of the sun through the iolite filter. This innovation allowed explorers to venture away from the coastlines and into the unexplored vastness of the oceans.

Because iolite is a relatively hard and durable stone, it can briefly be machine cleaned.  However, the best method for cleaning iolite is in warm soapy water with a soft bristled brush. When storing, be sure to wrap in a soft cloth to prevent it from scratching softer stones and to prevent it from being scratched by harder stones. Avoid harsh chemicals when wearing iolite or any kind of jewelry.