Moss agate is a semi-precious stone produced from silicon dioxide. It is a type of chalcedony which consists of dark-colored inclusions whose branching forms resemble ferns, moss, or other vegetation.  Moss agate is often cut in smooth slabs or flat cabochons in order to feature the moss-like patterns and improve their color.

Long used for ornamental purposes, they are obtained chiefly from India, Brazil, Uruguay, central Europe, and the western United States. 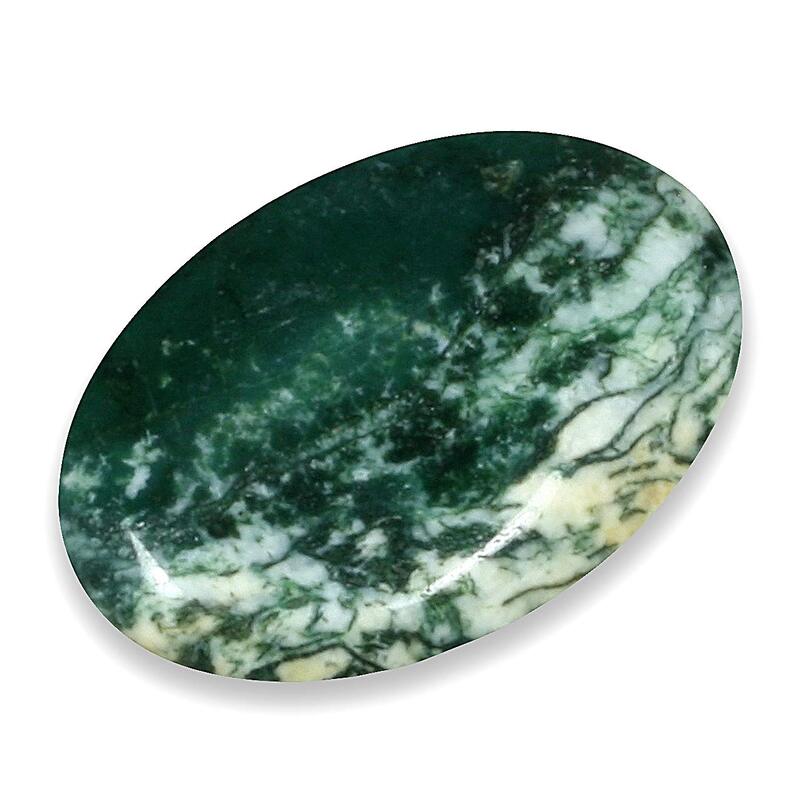